The problem with school food (and the “Quest” for better quality) 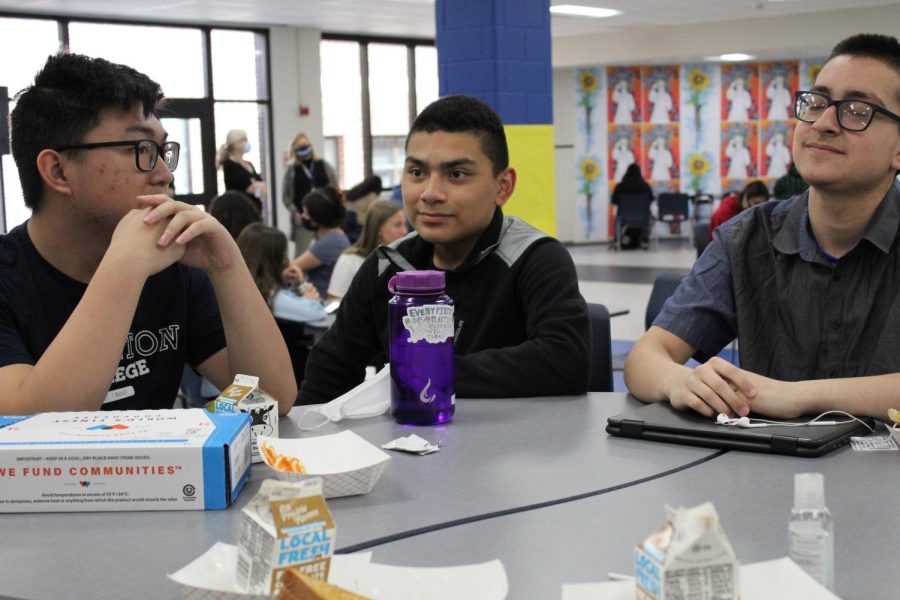 Walking into the entrance of the lunchroom, the unappealing smell of the soggy, wet and cold fries, followed by the scent of the meat juice, just sitting in the containers, hits one in the nose. Groups of kids bunch up like sardines looking for anything that they might find appealing. And yet nothing really does intrigue; they take the first available food because what else is there for them to have? Just undercooked buffet offerings that may or may not give them indigestion.

While such a scenario is an exaggeration, many students, myself included, complained about the food in the cafeteria and vending machines, which were provided by Quest, this year. While the options were mostly fine, the quality of the food was poor.

Quest had three periods (not including zero hour) to prepare food, so I am not understanding why they could not get the food to a point at which it was decent.

This year, lunch was free in part because of COVID. Admittedly, as a sophomore, I have never seen a “regular” lunch at this school, where students pay for the items they want. Maybe if students were paying for lunch, though, the quality would be better, and more options could be offered (like the wraps the seniors remembered).

And what school offered showed willingness: they were obviously not making money this year so that students could have the essentials they needed. It makes sense then, that with no income coming in, the food was just average.

Freshman Thomas Cabrera said, “It’s not that good because it was all frozen, it’s not fresh. The chicken sandwiches are like hockey pucks. I don’t even think they’re real chicken. I don’t think I’ve ever seen a salad there.”

A vast majority of students took advantage of the free lunch this year. I don’t have time to make my lunch, so like them, I was stuck getting the food in the cafeteria.

However, many students talked about the degree to which food was/was not cooked in the cafeteria.

“The potatoes are always undercooked and hard in the middle. And cold. Sometimes the chicken is raw, and the meat, too, but that is less important to me,” said sophomore Osbaldo Orizaba.

“No, then they’d be crunchy,” said Zalak.

It would also seem the burgers were undercooked because they were often pink and looked like raw meat that had been put into the microwave for 20 seconds. The burger buns were occasionally stale, and hard to the touch.

“The buns are hard and difficult to tear apart. And do you know why the burgers are floating in that weird juice?” said Cabrera.

The pizza was sometimes undercooked as well. As many know, the crust should be brownish in color when cooked, but those available at WCCHS were white.

The chicken used for sandwiches could be cold and hard to chew, which might also suggest it was overcooked and left out too long. Sophomore Ryan Blackburn claimed he once found a bone in his chicken sandwich.

The Bosco’s were fine: one cannot be too harsh on them. The pasta also had potential, but more flavorful sauce was needed, as the sauce was often dry.

But let’s just be honest here: the food in the cafeteria at West Chicago Community High School during the 2021-22 school year was not that great. Nobody loved it, but there are a few things that Quest and the administration might be able to do next year that would help the situation.

The administration can provide microwaves for the students to heat their own food. Although such an idea would be beneficial, some worry that students would not know how to behave around the microwaves: they would try to be funny and mess around. But with supervision from the lunch monitors, a majority of students could bring their own food and heat it up.

Also, it would be great if Quest could use those 3 or so hours before school to prepare some more decent food for us, rather than selling grab-and-go breakfasts. I am talking about 3 hours of trying to get burgers ready: it really should not be that hard to do.

And finally, Quest might want to add some healthier options to the menu: if this school is so concerned for our health and wellbeing, why are there no salads? Don’t our parents want us to eat our greens? We cannot do that if there are none on the menu.

“There should be more fruit,” said Orizaba, who would particularly like to see watermelon on the menu regularly.