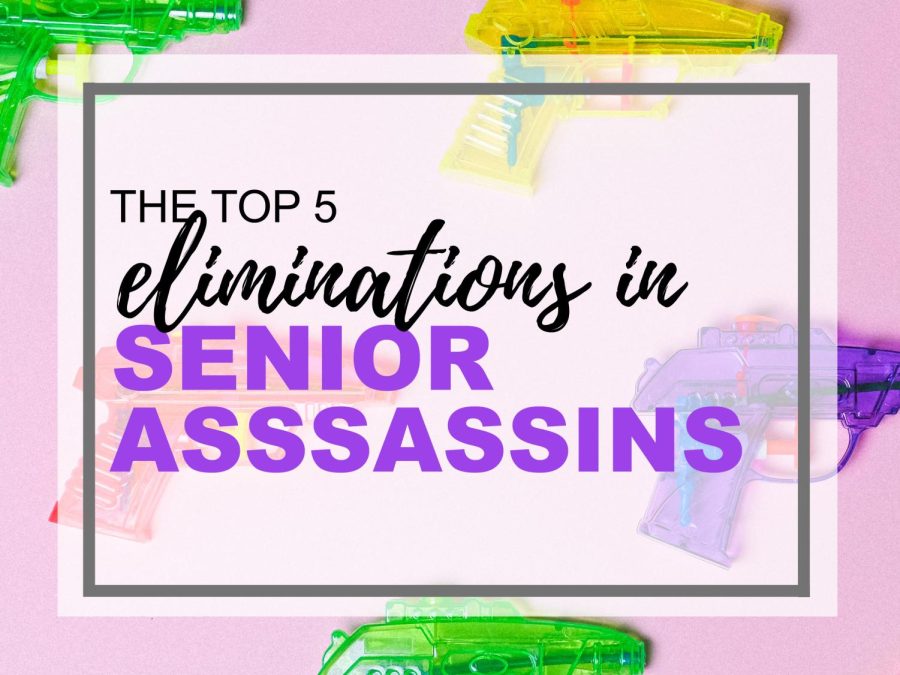 Senior Assassins: the game has taken the country by storm, and has been played for many years – allegedly since 1982, when Steve Jackson released the book Killer: The Game of Assassination – but what is it?

Senior Assassins is a game, usually initiated by a member of the senior class, played at most secondary schools in the United States. Locally, students at Wheaton Academy, Batavia High School, and Neuqua Valley High School are in the midst of this high-stakes challenge.

The headmaster of the game collects money from those playing. For West Chicago seniors, the cost of playing was $5, which needed to be paid by March 24. The headmaster then “creates” the game for everyone to play, assigning each player a target. Using water balloons or water guns, the goal is to get the assigned target out. But, if the target shoots the assassin before they can be hit, an hour-long grace period is enacted, meaning the target cannot be “assassinated” for an hour.

Once the game begins, students keep a vigilant watch, as they have someone chasing after them at all times. That said, players are not allowed to go after a target on school grounds, nor during after-school activities. School parking lots are fair game, though, and once an extracurricular activity ends, the target is fair game.

Once a target has been “assassinated”, the player must send a video to the current Instagram account, @wegobarstool22, so other players know who is in and who is out. New targets are assigned as the pool of players slowly dwindles.

There have been a lot of genuinely good eliminations so far, but here are our top 5 picks for the best takedowns in the game.

#5 Cindy Jimenez eliminates Jack O’Donoghue
This one had really no surprise elements, and it seemed set-up, in a way: senior Cindy Jimenez hid behind a gray car in a parking lot with senior Jack O’Donoghue basically walking towards her, accepting his defeat. The video was funny, to say the least, since he did not seem surprised and did not even try to run away. Since there were no strategical elements or tactics, this elimination is deserving of the number 5 spot.

#4 Gia Gianforte eliminates Victor Rodriguez
Senior Gia Gianforte’s takedown was one is a funny one since, as the video shows, senior Victor Rodriguez is just standing in what looked like an alleyway, but may have been the front of his house. While players do not really see when he was eliminated, they do see him walking around, and then just standing there, so for that reason it is only right his elimination is at number 4.

#3 Emily Toran eliminates Jose Paramo
Senior Jose Paramo’s loss was a good start to the game, since it was the first elimination. Senior Emily Toran chased Paramo across the Kerr McGee parking lot until he ultimately accepted the hit. This elimination sparked quite a bit of controversy though, because the original rules stated that a player could only be eliminated if they were shot with water to the chest, and Paramo was hit in the back. After his elimination, the rules changed to where a player could get hit anywhere in the upper body to be eliminated.

#2 Johaan Salgado eliminates Ashley Malay
In the third elimination of the game, senior Ashley Malay eliminated her target, senior Ethan Ross, and immediately upon her eliminating Ross, senior Johaan Salgado came out of nowhere, eliminating Malay in the Planet Fitness West Chicago parking lot. It was an amazing surprise tactic since she was caught off guard with her first elimination and did not know how to react.

#1 Kyle Prebis eliminates Mason Dupasquier
The funniest elimination yet: in the video, senior Mason Dupasquier can be seen running away from senior Kyle Prebis, all the while trying not to drop his beverage. Dupasquier gets so close to escaping Prebis, but cannot close the door on time, and gets hit with a water gun while he is inside of the car.

The intense game is now coming to a conclusion with only three students left, seniors Adan Villa, Salgado, and James Losacco. Only one person is able to win, though, so who will be the winner of the cash prize?