Performer Spotlight: Michaela Miller is the musician to watch 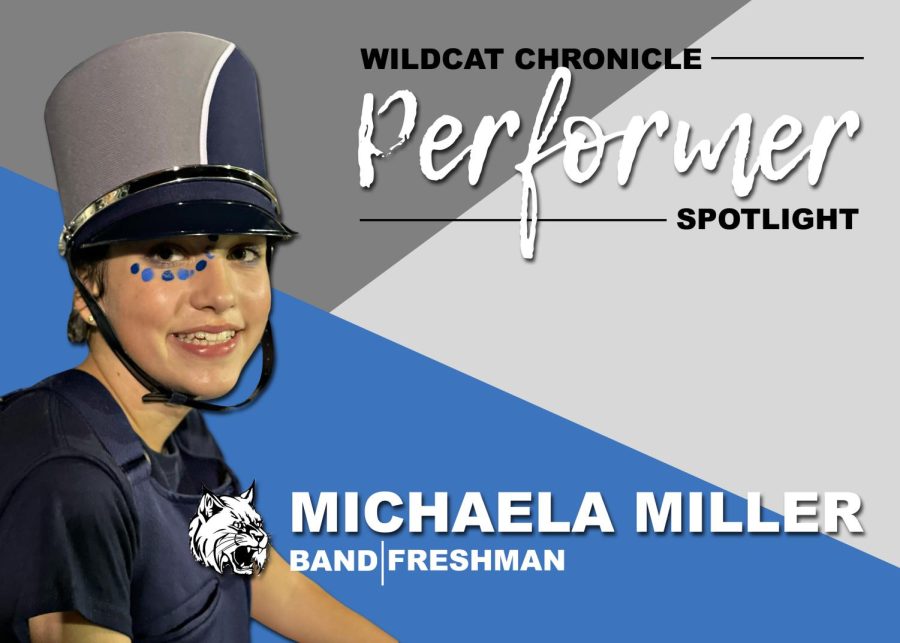 Freshman Michaela Miller is one of WEGO's most talented musicians.

We know you are involved in concert band 2: what instruments do you play?

I play an assortment of percussion instruments.

How many years have you been playing those instruments?

I started piano as my first instrument in first grade, and stopped lessons in early middle school. I started concert percussion in fifth grade once I got to middle school.

When did you initially get involved with band? Were you part of a middle school band, too?

My first band experience was in the Benjamin Middle School band.

For people who do not know, what is the difference between concert band 1 and 2?

Marching band was very enjoyable, and had a lot of evening practices which allowed for plenty of time earlier in the day to complete schoolwork and extra curriculars.

I enjoy the community and family that the band formed. Both within sections and within the whole band, you get the opportunity to meet new people and make new friends. Overall, both the people and the music are really amazing.

How nerve-wracking is it to perform in front of an audience?

I do get a bit nervous, but it isn’t too bad. It’s a big auditorium and a lot of people – even so, as soon as we start playing, it’s a lot easier.

While being part of band definitely involves playing music and performing, there is more to it than that. How would you describe the experience as a whole to people outside the class?

Band is definitely a family. Especially within Drumline, the group just feels like a really big family. From marching band and Concert Band, I have made so many memories and friends. I’ve learned so much from my classmates that has improved me both as a player and a person.

Who has really mentored you as a performer?

Since the first day of band, Mrs. J has encouraged and challenged me to go outside of my comfort zone. She has helped me to do things I never would have been able to achieve without her guidance. So, I’d say she has undoubtedly mentored me into being a better player.

What are your goals with regard to music?

I hope to play in some larger bands outside of school as well as play while in college. Mainly, though, I would like to improve and become a better musician.