Meetings held to discuss coming together as a school community 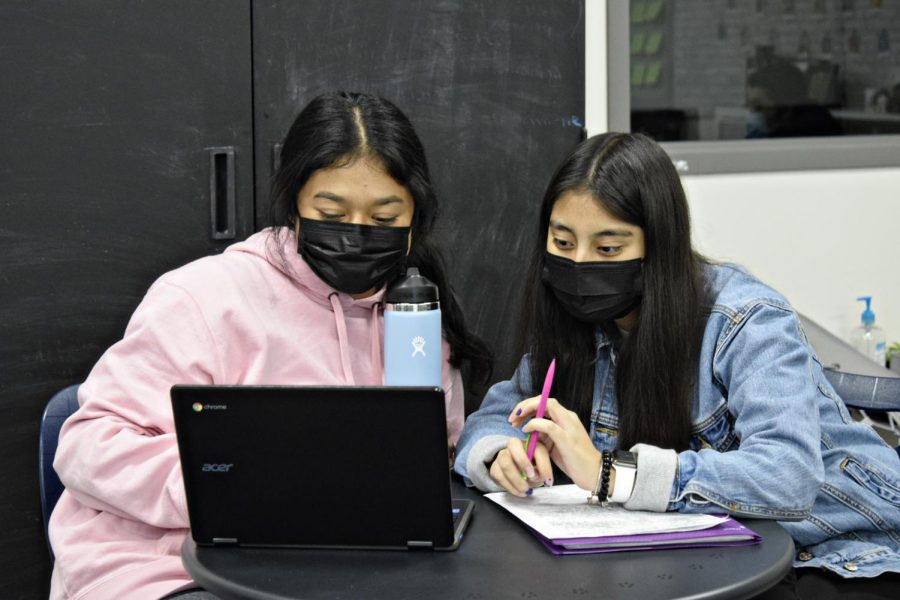 Students and faculty at West Chicago Community High School are collaborating to figure out ways in which they can make the school an enjoyable place for everyone. Dr. Will Dwyer, principal of WEGO, spent a little over a week, from October 12 to 19, meeting with juniors and seniors during their gym classes to discuss what was needed to come together as a school.

Dwyer, when asked what students were struggling with the most, cited a lack of motivation. Due to the tumultuous year and a half students have experienced as a result of the pandemic, most do not have energy for school, homework, and extracurricular activities. As much as Dwyer would love to solve these problems for students, lack of motivation is not only happening locally: it is also happening worldwide. Dwyer explained that lack of motivation is not a problem that can be fixed overnight; students need to (once again) create and fulfill their routines.

As mentioned in the meetings, which were also led by Assistant Principals Mary Howard and Pete Martino, the Homecoming dance this year was a wake-up call for everyone after the dance was shut down early, due to inappropriate student behavior and a miscommunication with the staff. Although he understands the effect the pandemic had on students,

Dwyer said, “Being out of school for a year, that ruins stuff, and I’m sorry that happened to you, it’s time to move on. It’s time to understand that that was difficult, and now it’s time to pick yourself up. It’s time to do whatever it is that you gotta do, and tell us what we can do to help, but to move past this, and get back to normal.”

Students are constantly told to behave according to the “Wildcat Way”, a concept that is gaining meaning among the students and faculty at WEGO. While underclassmen may believe the “Wildcat Way” to be a new idea, seniors recall hearing the phrase before.

Senior Emily Toran said, “I remember hearing about the Wildcat Way my freshman year. Basically, it’s just about being a good person. Administration brings it up pretty often at events.”

The Wildcat Way consists of compassion, acceptance, forgiveness, and resilience. According to Dwyer, ”If all of our students are exhibiting these qualities on a daily basis, it makes this a kind school to go to.”

Dwyer has a plan in the works (nothing specific yet) where students who behave according to the Wildcat Way will be rewarded accordingly.

Regarding field trips and other events, Dwyer wants to remind students that they can pitch in ideas as well, whether that be through student council or other clubs.

“We want the kids to be generating not just the ideas, but also doing some of the leg work to make sure things happen,” added Dwyer.

Another common topic in these meetings were the school lunches. Dwyer explained that he is working to come up with a lunch plan that is both affordable and appetizing.

“The food right now is trash. I want the same thing, but better, and more fries,” said senior Nicole Dominguez.

Concerning prom, it seems the dance is still in the works, but students need to continue acting appropriately, as they have done since Homecoming, in order for the administration to believe they can be trusted at the Field Museum in the spring.

Last year, seniors went to Six Flags Great America instead of a prom, which means this year’s senior class will most likely not be going to Six Flags. However, as previously mentioned, Dwyer said field trips are on the table this year, and encouraged students to bring ideas to his attention. In order to hear from others on these topics and many more, he plans to invite groups of students to meet with him to voice their opinions.

Following the meetings in P.E. classes, many students reached out to Dwyer and thanked him for the meetings. He explained that students said they felt heard, and therefore, the meetings were a success. Dwyer also intends to meet with the freshman and sophomore classes before the first semester is over.

On October 27, Dwyer also met with teachers over several lunch periods to discuss what students said in the meetings, because he wanted to make sure everyone knew what was going on. Psychology and Social Studies teacher Alison Jonesi was one of several teachers who attended these meetings.

“I think that it is very important to have good communication as a school, and I think that even smaller groups of students and teachers talking about these issues will be even more beneficial,” stated Jonesi.

Ultimately, the goal is to make West Chicago Community High School a great school for the current and future students. Although there is no solid plan in action, improvements and initiatives are in the works. Certainly, future Homecoming dances will be planned in a way where the events that occurred this year will not happen again. As Dwyer expressed, overall, WEGO is a great school with great kids; it is just going to take a while for things to get back to normal, and that is okay.