Trump backed into a corner as the second impeachment trial looms 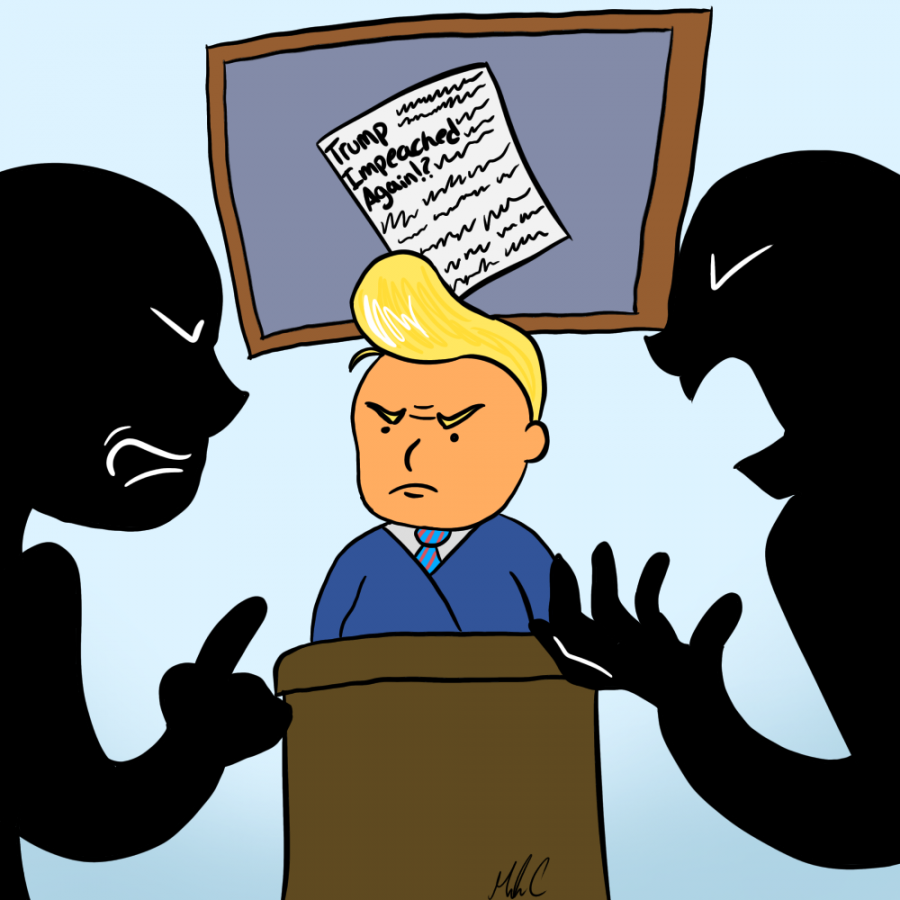 President Donald Trump is once more getting impeached and is now going down in U.S. history as the first president to ever be impeached twice.

It’s not shocking at all.

According to NPR, the House of Representatives approved one article of impeachment on Wednesday for “incitement of insurrection.” The whole Democratic party and 10 Republican representatives voted to impeach Trump a second time; the approval has now become the most bipartisan impeachment vote in U.S. history.

It is about time that both parties came to an agreement that the violent rhetoric and actions of Trump need to have consequences. He can no longer escape the long overdue justice for the American people.

But balancing time and a busy agenda isn’t the issue. Sen. Mitch McConnell (R) has done proceedings in a matter of a couple of days as seen with the confirmation of Amy Coney Barrett to the Supreme Court.

The delay in the Senate impeachment trial creates a further divide in the country. Trump still has the same powers of commander in chief now as he did before the Capitol riots.

According to the Washington Post, Trump is increasingly growing isolated as his inner circle is shrinking. He is outraged that his GOP allies are turning their backs on him and for the lack of defense of his incitement of violence on the Capitol.

With that said, Trump is an injured animal that is currently cornered and when an animal is in a position like that it will do whatever it takes to survive.

Either Vice President Mike Pence invokes the 25th amendment or the impeachment trial starts rushing, otherwise there is still something the American people have to be afraid of and that is Trump’s unpredictability.