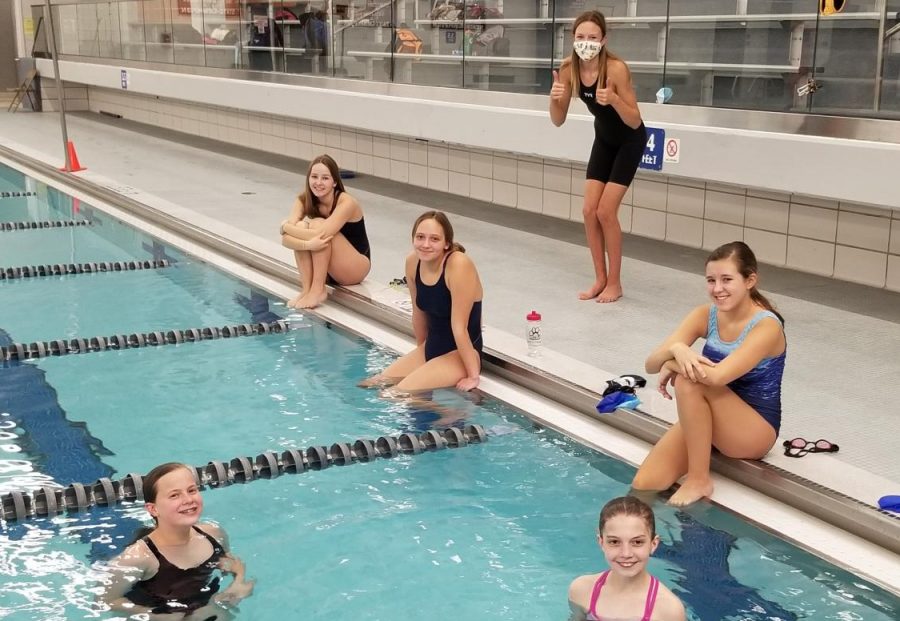 Girls swimming prepares to finish off the fall season on Saturday while being one of the few sports able to play.

As one of the few sports to be able to compete this fall, girls swimming has been able to continue with minimal restrictions.

“With some slight changes, we are just doing what we normally do. We had to adjust how we normally conduct practice and meets,” head girls swim coach Nick Parry said.

This season has been shortened from Aug. 10 to Saturday due to COVID-19 guidelines.

“Swim meets are different with how many people we can have in the pool at a time and what events we are allowed to do,” Parry said. “Practice is longer and we have to divide our team into two groups, this year with a JV and a varsity group.”

“Overall the swimming part has (been) the same, it’s everything that we have to do around the swimming portion that is different. Kids have to wear masks when they’re not swimming in the water,” Parry said.

This season has taught Parry that student-athletes will push through anything in order to get the chance to participate in the competitions.

“I have learned that our athletes are pretty resilient. Starting the beginning of the season it was not the most normal thing, so a lot of it was getting to the point where our athletes would get into the rhythm,” Parry said.

Despite spectators not being allowed, Parry received positive feedback for continuing to coach the swimming team.

“Our athletes and parents have been really happy to have a season. We didn’t know if a season was going to start (around) July 28 then with the season starting Aug. 10, that is a pretty quick turnaround. They (parents and athletes) were really excited,” Parry said.

Sectionals will be Saturday at St. Charles North.