Drama prepares events to help save money for Scotland trip 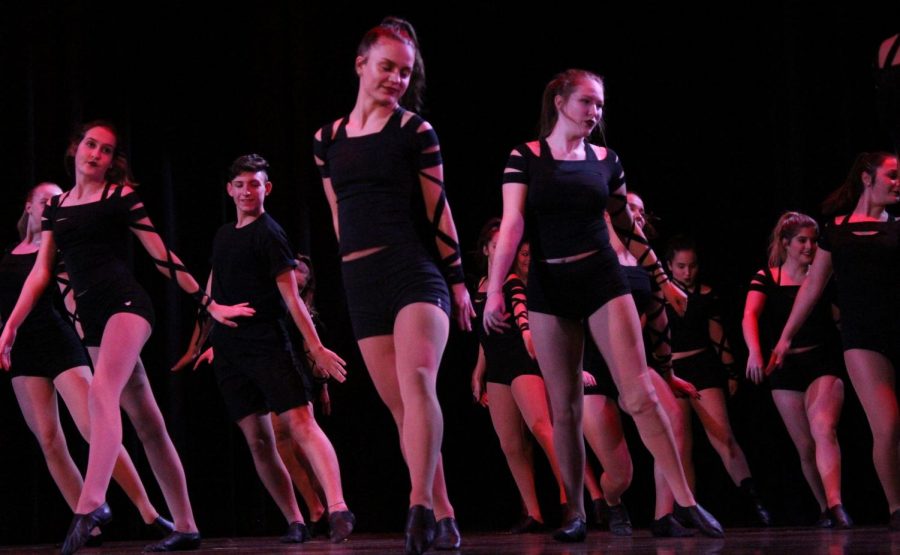 Dance production performs at the drama variety show on Oct. 17. Drama held the variety show as a way to earn money for the Edinburgh Fringe Festival in Edinburgh, Scotland.

From selling cookies to having various shows, drama is preparing events to save money for the largest performing arts festival in Scotland in August.

“We have multiple fundraisers planned out, along with our Friday Bake Sales and future in-school fundraisers on the way,” sophomore Grace Miller said. “Even small cash donations help a long way which you can do on our website.”

This will be the second time that drama will be participating in the Edinburgh Fringe Festival, the first time was four years ago.

“It was a great experience. I definitely got to see a lot of new things in the theater world and it opened my eyes to what can be done on a stage,” senior Nathan Bradley said.

Drama plans to have around 10 shows for the school year.

“(There is a show being worked on right now) we’ll talk about it in the spring. It’s a work in progress, (and) it’s going to be something that is really cool,” drama teacher Mark Begovich said.

Although preparing for the trip can be stressful, drama wanted to have the opportunity to go to Scotland again.

“We did because of the positive experience that it was for the students the last time. It is the right experience that we wanted to give everyone (that) is a once-in-a-lifetime opportunity,” Begovich said.