Leave the politics aside and brace for the natural disasters 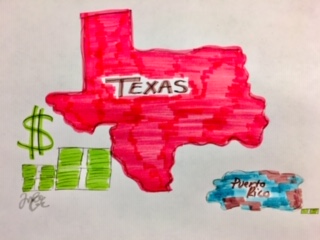 President Donald Trump keeps on extracting millions of dollars away from the Federal Emergency Management Agency (FEMA) disaster relief to send to the southern border.

According to NBC News, the $271 million funding would allow ICE to detain nearly 50,000 immigrants at one time.

Just as tropical storm Dorian is around the corner, Trump has the audacity to pull money away from a disaster relief agency to supply more detention centers.

The United States cannot be concerned about funding to lock up and separate families when hurricane season is just beginning. Especially when Trump has failed Puerto Rico once when Hurricane Maria happened.

According to The New York Times, it took nearly a year for Puerto Rico to restore the majority of its power back to the people. The delayed efforts were because Trump dis not send help immediately and rather waited.

Even back then, Trump extracted money away from FEMA when Puerto Rico needed it the most. He’s doing the exact same thing as before.

The problem with Trump is that he favors certain states over others as seen with back in 2017 with Hurricane Harvey in Texas.

According to POLITICO, Mike Byrne, a disaster recovery expert at FEMA, stayed in a stabilizing Texas when he should have been sent to Puerto Rico when they were still struggled to recover themselves.

It appears that Trump responded more effectively in Texas than Puerto Rico because of the fact that Texas is a Republican state that helped him win the election in 2016.

Puerto Rico needs the U.S. to help them out in case if the tropical storm Dorian hits them but Trump won’t help them over political reasons.

We see that now when he extracts money away from FEMA to support his political desires. Trump needs to stop politicizing every single event that happens because when disaster hits, politics don’t matter.

What matters is uniting as one nation and helping one another during these unfortunate events because if we don’t, we all fall as one.