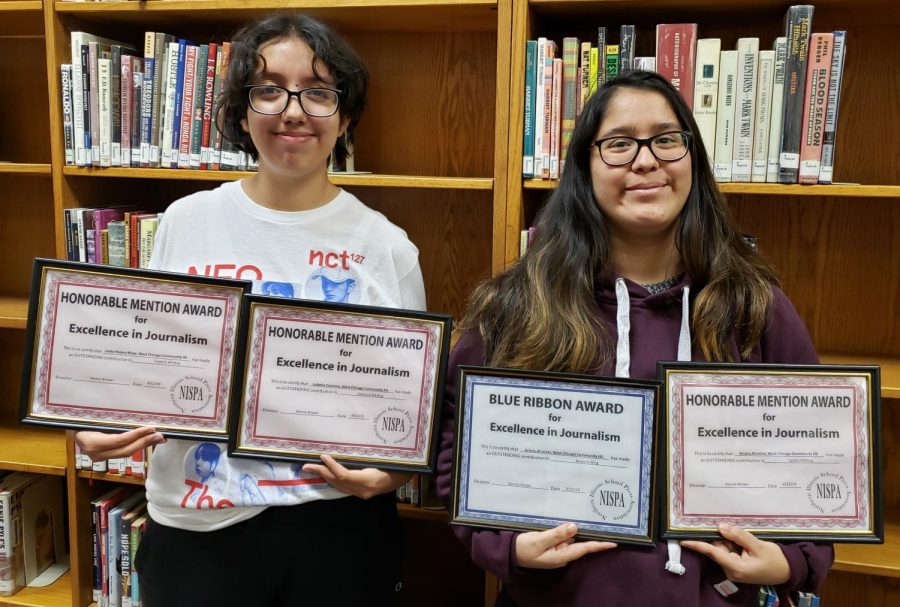 “I was surprised because we are such a short staff and given that fact, I tend to rush (my stories) so I think I do a poor job,” Casimiro said.

This is the first time that Najera-Rivas, Alcantar, and Casimiro have earned awards from NISPA.

“I didn’t think I would get any awards, but I submitted breaking news stories and I think that’s why I got it,” Alcantar said.

Najera-Rivas, Casimiro, and Alcantar send luck to the reporters for next year.

“I hope the best for the Chronicle’s team. It is a lot of work but it’s quality work (and) these awards show it,” Alcantar said.