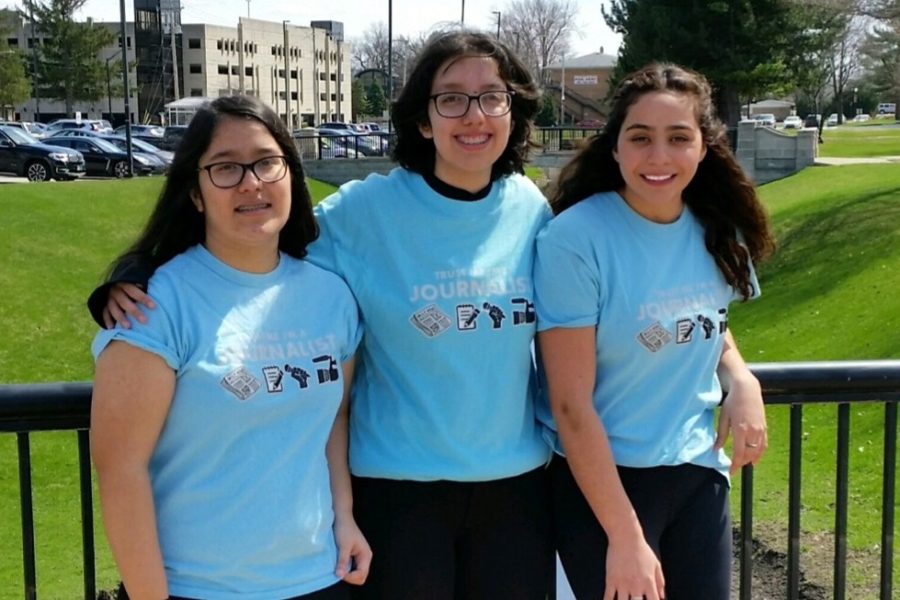 After qualifying at the IHSA sectionals Saturday, editor in chief Ariana Alcantar and news editor Leslie Najera-Rivas will be advancing to the state competition on April 26.

Both journalists were judged on leads, clarity and the accuracy of details, proper style, and mechanics.

Alcantar has been on the Wildcat Chronicle for three years and has competed for sectionals two times, this time qualifying for state.

“I’m really excited, it’s such an honor although this is my first and last time qualifying for state,” Alcantar said.

Najera-Rivas has been on the paper for two years and has competed for sectionals both times only qualifying for state this time.

“I feel great because it’s an exciting opportunity. I have been a part of the newspaper for over two years and this chance to compete at state was truly a shock,” Najera-Rivas said.

The Chronicle last qualified for state in 2017.

By qualifying for state, Kuehn wants students to realize that anything is possible.

“I really hope that they realize that they can compete with anybody,” Kuehn said. “Our school gets a bad name and sometimes when I talk to other people, they don’t have the best impression and it just shows that people don’t know what they are talking about.”