TPS unfairly stripped away from immigrants 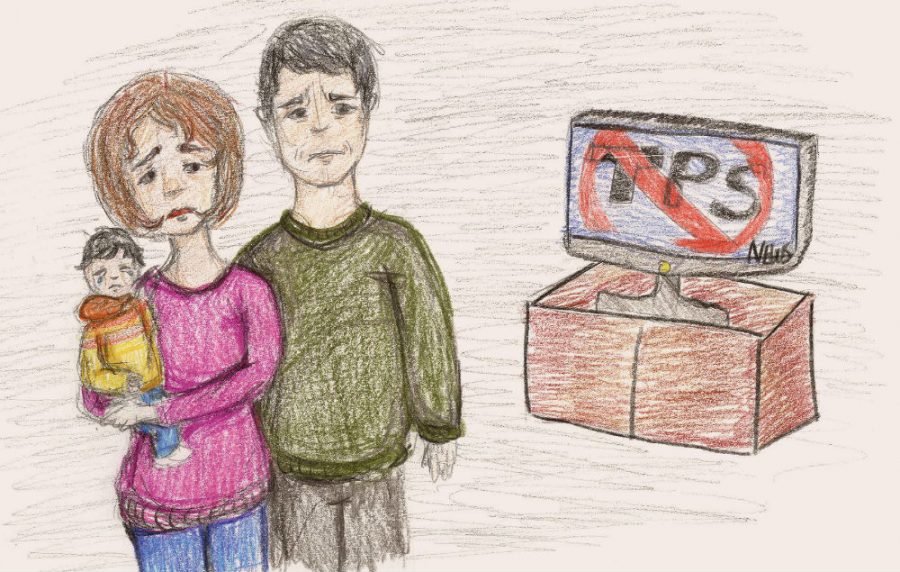 Temporary Protected Status (TPS) was taken away from Salvadorians by the Trump Administration on Jan. 8.

Over 200,000 Salvadorans will lose their rights to live and work legally in the United States after the Trump administration’s decision to end Temporary Protected Status (TPS).

Salvadorans have by September 2019 to legalize their status or face deportation.

In 2001, El Salvador was struck by a pair of earthquakes that killed more than 940 and destroying more than 150,000 houses, according to Newsweek. Former President George W. Bush’s administration decided to extend TPS for Salvadorans who were currently living in the United States to be able to work and send money to their families back in El Salvador.

From that moment on, Salvadorans have had their status renewed various times for the past 17 years.

Ever since the earthquakes, Salvadorans have everything they wished for when they came into the country: good paying jobs, U.S. born children, housing, and an opportunity to live a life in the U.S. Now they face having all of that stripped away from them.

One can argue that they could build all of that once more now that El Salvador hasn’t seen an earthquake since 2001, but El Salvador has one of the highest homicide rates caused by gang violence and it remains one of the poorest countries, according to The New York Times.

Salvadorian U.S. born children will have to be taken back to their parents’ homeland and will have to start another, unknown life. They will have to face gang violence while walking to school if there’s even a school building to go to given the country’s poverty.

With this being an issue, illegal immigration from El Salvador to the U.S. or Mexico will continue to skyrocket in the next few years.

Haitians were the first to be attacked by Trump’s administration regarding the status of their TPS. In efforts to enforce stronger laws on immigration, the Trump administration removed TPS for Haitians on Nov. 20. Haitians now have until July 2019 to leave the country or legalize their status just like Salvadorans.

Enforcing stronger laws for immigration creates fear and anger among several other minority racial groups. First, it was the Haitians, now the Salvadorans. Who’s going to be next?

Salvadorans and Haitians came to the U.S. seeking refuge from their country’s unjust political system as well as the threat of natural disasters. Certain countries that have TPS are not ready to take back their citizens. According to the New York Times, Haiti is still recovering from the 2010 earthquake and cholera epidemic.

The money earned from TPS holders is an immense source of income their relatives receive. Not only are the Salvadoran and Haitian families benefiting from the remittances but so are their native countries.

According to the Washington Post, 88 percent of TPS holders from El Salvador working in the labor force compared to 63 percent of the American population. Salvadorans have been able to earn up to $50,000 in income which has been benefiting U.S. taxpayers. The Post has also reported that companies will have to spend up to $1 billion in finding and hiring new employees that are willing to work in labor now that Salvadorans would be leaving the country.

The stronger the less developed countries are the stronger we will become. Many immigrants come to the U.S come to have the “American Dream” and many of them achieve the dream thanks to TPS. Stripping away TPS is like taking away their dream and that is simply not fair at all.