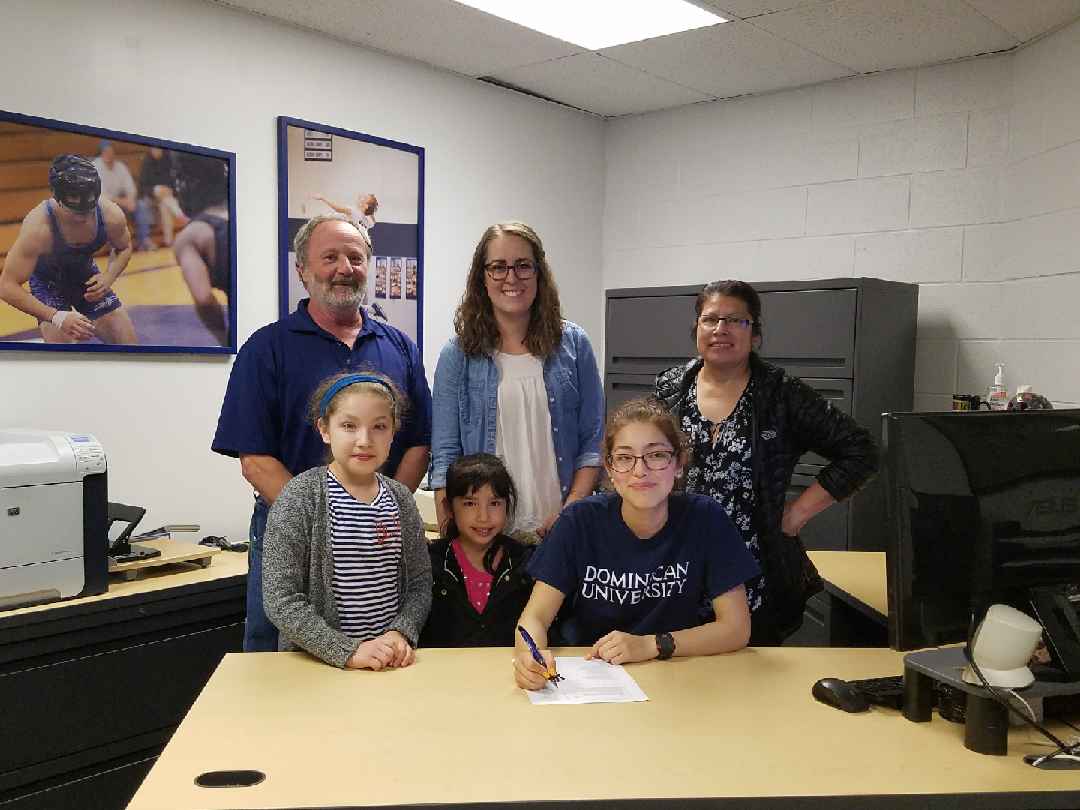 Cross country seniors committed to their respective schools and signed their letter of intent Wednesday.

“I feel nervous, and I’m scared too, but mostly excited,” Coss said. “I’m excited about meeting new people and also getting to run with more experienced girls, and getting new coaches.”

“I’m excited, I want to try something newer and try the challenge of running in college,” Navarro said.

The athletes are happy to move to college.

“The reason I want to join cross country in college is for the reason I love having a team connection and feeling like a family,” Navarro said. “Also it’s a good way to distract me from stress from school.”

Coss will major in social work and Navarro in neuroscience.