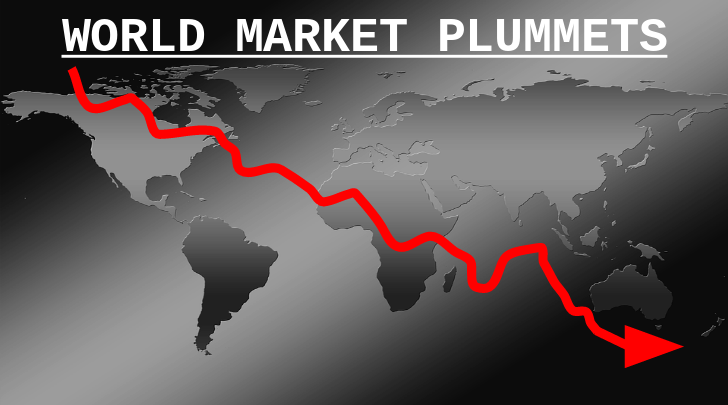 Global stock markets are sinking and the Mexican currency is plunging as results surge in from the U.S. presidential election.

As results began to show Republican nominee Donald Trump lead in key swing states such as Florida, Ohio, and even ahead in Virginia, financial markets began to panic.

Trump has pledged to pull out of long-standing trade agreements if elected and declare high tariffs on goods from Mexico and China. His message of isolationism has resonated with voters, but many experts have warned his proposals could wreck havoc on the U.S. economy and potentially even throw the country into recession.

During this whole election, investors and economists have been worried about Trumps unpredictability and his tough talk on global trade deals. According to The Washington Post, on Wall Street, the DOW Jones futures were down more than 600 points, or roughly 2 percent. The Standard & Poor’s 500-stock index sank 63 points, while Nasdaq dropped more than 100 points.

The uncertainty over the outcome of this election has rattled investors around the world. According to The Washington Post, Japan’s Nikkei index plunged 200 points, or one percent, while Hong Kong’s Hang Seng index lost 416 points, or nearly 2 percent. The Mexican peso even plunged seven percent against the U.S. dollar.

With the presidential election shaping up to be a tighter race than many had expected, the markets appear to have been too certain of a Clinton victory ahead of Tuesday.