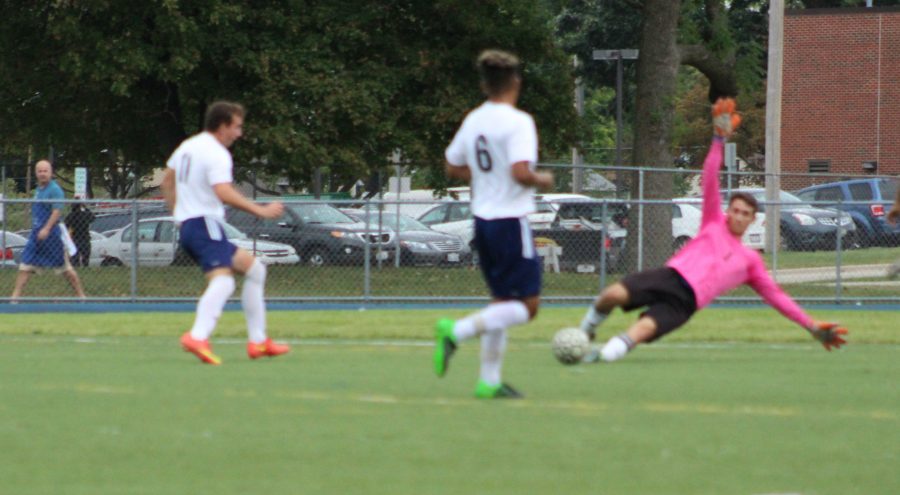 The team plays in the championship game against St. Charles East on Saturday at 7 p.m.

After qualifying for regionals, the boys soccer team won 2-1 against Glenbard East on Tuesday.

“It was both mentally and physically challenging because we knew from the beginning it was going to be a tough game,” senior Oscar Romero said.

The goals were scored by junior Arturo Marquez and senior Israel Barrios.

“Both goals were great because both Arturo and Israel decided to take shots from outside the box and the placement of both of them were perfect. The shots had great pace and they were placed just out of the reach of their goalkeeper,” coach Jose Villa said.

The boys are continuing to compete in practice and working on their touch passes.

“We need to show up to play and compete on Saturday, play with heart, and leave zero doubt knowing that we did everything to the best of our ability,” Villa said.

The team plays in the championship game against St. Charles East on Saturday at 3 p.m.