Season end comes with positives in running and jumping events 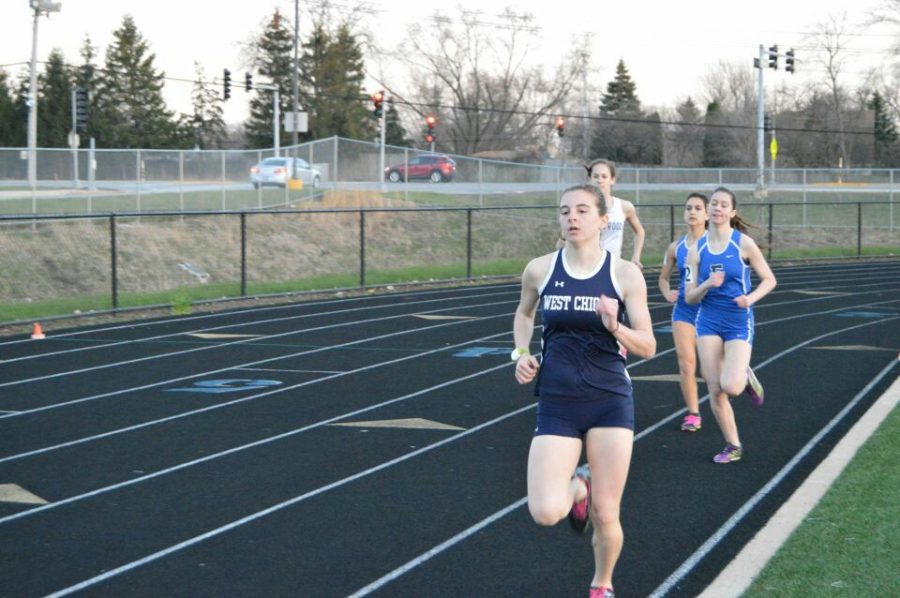 Junior Maddie Brotnow has been running the 800m for all of the season and was able to place All-Conference along with Emma Fox in triple jump.

Although the track season is coming to a close, the team is still seeing success with two girls earning All-Conference for the Valley Division of the Upstate 8 Conference.

At the conference meet on May 5, sophomore Maddie Brotnow placed third in the 800 m, and senior Emma Fox placed fourth in triple jump. The top four in each division of the conference are named All-Conference.

“I think it’s very exciting to see that (All-Conference titles) around here,” head coach Bob Maxson said. “Those are two girls who have worked hard to continue to improve.”

Brotnow had been stuck on a time several seconds slower than how she ran at the conference meet prior to her run.

“Running hard like that is a series of breakthroughs, and she had another breakthrough run,” Maxson said. “She was kind of stalled out at a certain point, and she broke through and broke that time by 2 and a half seconds which is huge.”

Brotnow ran a 2:26. Even though Brotnow was seeded fourth coming into the meet, earning All-Conference was not something that she was expecting.

“I didn’t really know I was in the running for that until I got there, to be honest,” Brotnow said.

Fox was not anticipating earning All-Conference either.

“I wasn’t really expecting it going to the conference meet,” Fox said. “I was seeded maybe like 16 out of 27, but I made the top four which was pretty great because I had an all time PR (personal record).”

She jumped a 33’3”. Fox’s All-Conference title and personal record mark the end of her last season.

“It was rewarding for spending the last four years in track and then the last meet senior year making All-Conference,” Fox said.

Maxson also recognizes that the season had some positives. This track season began with the largest team in the past 12 years.

“A lot of them learned new skills and a lot of them showed up and worked hard,” Maxson said.

Brotnow’s goal for next year includes keeping her All-Conference status.

“I want to stay All-Conference, but I kind of want to go to state as well,” Brotnow said. “That’s been a goal of mine. I have to drop some time off for that to happen.”

Fox hopes that the future of the program will include leadership from some of the younger team members.

“I just hope that the lower classman really step it up and set the tone for next year,” Fox said. “The underclassman will follow in their footsteps.”