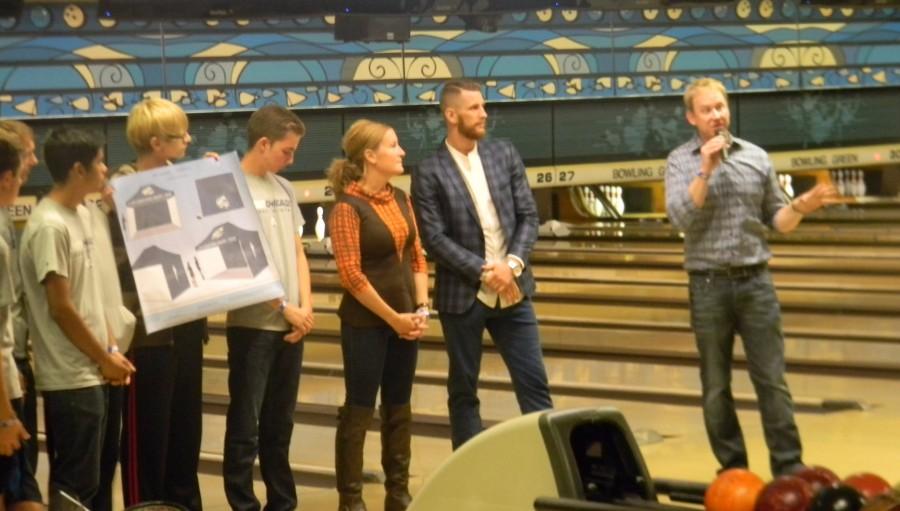 Athlete’s legacy lives on through scholarship

The death of WeGo alumnus Dan Horyn has not stopped his family from spreading their son’s love for running and life.

For the second year, the Horyn family hosted a bowling night to raise money for the scholarship which goes to one female and male cross-country or track runner who embodies Horyn’s spirit.

“He put everyone else before him. The reason we want to do this is because he was such a great person and we want to give back because he was given so many opportunities at West Chicago,” Horyn’s sister Nichole Nelson said about starting the Daniel Horyn Scholarship Fund.

Horyn graduated as valedictorian in 1997, holds the school record as the fastest cross-country runner, and placed second at the state meet for the mile.

After high school, Horyn ran in college and became an English teacher and coach at Niles North High School. In 2012, Horyn was diagnosed with esophageal cancer and died the following year.

His family has refused to let his legacy be forgotten and created a scholarship in his name.

The bowling event took place on Oct. 3 at Bowling Green in West Chicago to honor Horyn’s love for bowling. Money for the scholarship was raised through live and silent auctions, entrance fees, and donations. Among the items auctioned were sports tickets, running gear, and signed boxing gloves from International Boxing Organization World Champion Andrezj Fonfara who was at the event.

Last year, the fundraising was so successful that everyone who applied for the scholarship was awarded. This year, the event was also successful, raising $8000, surpassing the goal of $5000.

“I have to owe that to Dan and his popularity. There are so many people here who knew him as an outstanding athlete, but he was so much more than an athlete,” Horyn’s father Mike said.

With the success of the event, enough money was raised to provide a new team tent for the boys cross-country team.

“It means a lot to us, because up until a few weeks ago we were planning on fund raising for several years before we could come up with the funds to replace our old one. The people at the Dan Horyn Scholarship fund heard about our need and the four to five year plan to fundraise and decided to help us out,” cross-country coach Brian Puchalski said.  “The kids were so appreciative and had a great time at the event. It was a great cause, and I must admit it was very humbling to see so many people coming out to support our team which to be honest is more of a family.”

The scholarship might also grow to include more athletics other than running.

“It seems like it’s expanding a little more now, which is fine because we’re raising a lot of money,” Mike said.  “I owe the success to him.”

Horyn was also known for being an inspirational teacher who would always go the extra mile to help his students.

“He would go beyond track. A lot of the teachers said ‘Your son has the ability to see someone who’s struggling’,” Horyn said. “He turned them into people who had a real self worth.”

In 2013 Horyn received the MIT Inspirational Teacher Award after being nominated by a former student.

The Horyn family hopes to continue the scholarship for years to come.